Boomers Expect a Different Retirement than Their Parents

A recent study surveyed aging Boomers and found substantial differences in what they expected in retirement compared to previous generations. 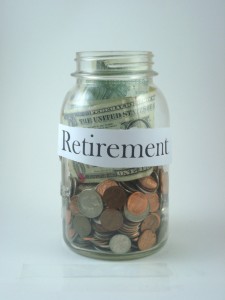 The study, conducted by the Bankers Life and Casualty Company Center for a Secure Retirement, surveyed nearly 1,300 Americans between the ages of 49 and 67 who held a total annual household income of $25,000 to $75,000 a year. The questions were meant to understand how Baby Boomers view their future retirement and what they expect in their retirement years that their parents and grandparents did not.

What the survey found is that the majority of participants do not believe their retirement care will be the same as that of previous generations, and there are a number of reasons why.

Finances played a big role in the expectations of retirement and care. 60% of participants responded that they expected less retiree health insurance from their former employers and 47% expected less financial security. These expectations are based in reality, as health insurance premiums continue to rise across the board in the midst of an already faltering economy.

In addition to expecting less from employers, Boomers are also beginning to expect less from their family. 47% of respondents answered that they expect less care provided by family members, another belief based in reality. The AARP recently released a study that found available family caregivers are on a steep decline over the next few decades, while the need for long term care is rising due to increased life expectancy and improved medical technology.

The fact that Boomers recognize these deficiencies in the market and are tailoring their retirement plans to align with the current state of caregiving and financial issues is a good sign for the future of retirement planning. 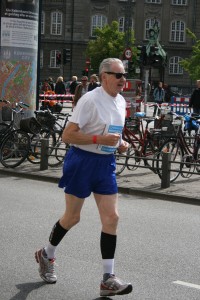 While survey respondents seemed to expect less help with finances, they also expected more of other various products and services in their retirement. The majority of Boomers expect greater mental stimulation, more physical activity, and more personal satisfaction to characterize their retirement compared to previous generations. Generally speaking, technology and high quality care seemed to top the list of things that were important to Boomers set to retire soon.

Among the survey participants, 78% expected both remote monitoring technology and independent living communities to be a part of their retirement. As the senior tech market booms, this is also an extremely relevant part of retirement that the Boomers hit spot on.

For instance, researchers recently developed a tablet computer designed specifically to help seniors communicate with their family and other loved ones. Another group of scientists created a wireless fall detection system to assist the elderly who still live at home in keeping their living space safe. These devices will continue to take hold as the mass number of Boomers enter retirement and expect these type of devices.

Another finding from the study showed keen awareness of the long term care crisis ahead: 76% of participants expect high-priced care to be prevalent during their retirement. With long term care costs increasing every year, this is yet another thing that Boomers got right when questioned. This rising cost of care has led people to explore other funding options, as they realize that paying out-of-pocket simply isn’t a feasible option.