Is It True Vegetarians Live Longer?

According to a new study published in JAMA Internal Medicine, vegetarians live longer lives than meat eaters. But is it really because they don’t eat meat?

Numerous studies have shown links between a vegetarian diet and a healthier, longer life. However, the correlations have been weak and there has been much skepticism about the claims.

Researchers from Loma Linda University in California dug a little deeper to see if this correlation was in fact accurate. Their study followed the dietary patterns of nearly 75,000 Seventh-day Adventists, both men and women, for a period of about 6 years in an attempt to find out if a vegetarian diet truly held benefits over a diet that includes meat. During that time period, 2,570 of the people in the study died.

They discovered that vegetarians have a 12% reduced risk of death compared to meat-eaters. Vegans, those who 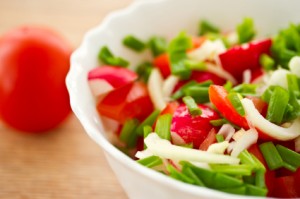 consume absolutely NO animal products (including dairy), have a 15% reduced risk of death compared to non-vegetarians.

How Is This Possible?

Is meat really that bad for you? Possibly, but not definitely.

Lead author of the study, Dr. Michael J. Orlich told TIME that “We can’t tell from this current paper with certainty, but one of the most plausible potential reasons contributing to this beneficial association is perhaps the absence or reduction of meat intake.”

Other factors most likely affect the outcome of the study, as well. During the study, researchers found that vegetarians were more likely to be married, highly educated, older, and thinner. They also exercised more and drank alcohol and smoked less. Some of these factors have huge effects on your mortality rate, and probably contributed to the results.

The published study stated its conclusions as follows: “Vegetarian diets are associated with lower all-cause mortality and with some reductions in cause-specific mortality. Results appeared to be more robust in males. These favorable associations should be considered carefully by those offering dietary guidance.”

Should you switch to a vegetarian diet? Probably. It’s better for your health, but a little meat every now and then won’t kill you. Your best bet is to avoid red meat, which has a well documented link to heart disease.