One-quarter of yearly deaths from heart disease and stroke are avoidable, according to a recent report from the Centers of Disease Control and Prevention (CDC).

The report, released this month, found that 200,000 deaths due to heart disease and stroke in 2010 could have been avoided through lifestyle changes. The rate of avoidable death varied tremendously, however, according to a number of different factors, including race, gender, age, and state.

Researchers found that the highest rates of avoidable deaths were in the Southern states and Washington D.C., while Minnesota had the lowest. Another noticeable discrepancy is that blacks were twice as likely to die from preventable heart disease or stroke than whites.

The avoidable death rates from heart disease and stroke, while still very high, have actually dropped 29% in a span of 10 years for those over 65 years old. Unfortunately, though, for people younger than 65, the rate of avoidable death remained the same. 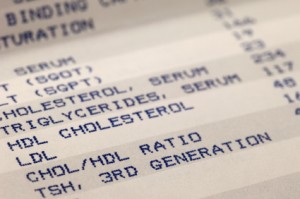 Of the 200,000 who died in 2010 from avoidable deaths, 6 in 10 were under the age of 65. It’s not clear why the rate remain unchanged, but the lack of decline warrants more education and a possible change in approach.

In a press meeting about the report, CDC Director Dr. Tom Frieden emphasized that the “findings are really striking. We’re talking about hundreds of thousands of deaths that don’t have to happen.”

Risk factors such as high cholesterol and blood pressure are common in patients who suffer from a heart attack or stroke. Knowing how to manage these vitals can help people manage their health and prevent disease.

As health care costs continue to increase, maintaining good health is important to avoiding high costs and stressful situations such as hospital visits or the need for long term care. The government estimates that 1 in 2 Americans will need long term care at some point, and being sure to manage specific aspects of your health can play a big role in reducing your risk.

There is a wide range of ways to reduce the chance that you will ever experience a heart attack or stroke. Though there is no surefire way to protect against the risk, you can still take steps to diminish it as much as possible.

Proper nutrition is one of the most important aspects of health, and while it may seem glaringly 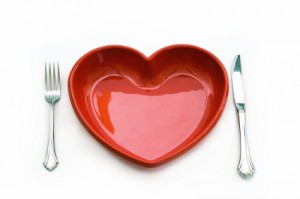 obvious, too many people still fail to truly take an active role in what they eat. The high amounts of saturated fat in many Americans diets contribute to the risk of heart disease, stroke, and even dementia. In addition to heart disease and stroke, exercising regularly can also help prevent cognitive decline, as well as a host of other physical problems like obesity, diabetes, and cancer.

Establishing a plan in case you ever do need care is just as important as working to reduce your risk, because although we can significantly cut our chances, we can’t completely eliminate them. Long term care insurance can help you protect your assets from the cost of care that can often be devastating to retirement savings. Though you may never end up using your policy, having peace of mind that your nest egg won’t be emptied if you suffer from a heart attack, stroke, or other disabling condition is often worth it for many.