Cognitive Abilities Start to Decline at Age 24, According to New Study

When talking about cognitive decline, most people think that it doesn’t happen until their senior years. If a new study is a right, though, that’s actually not the case at all. Researchers at Simon Fraser University in Canada say their new study shows that cognitive abilities actually start to go downhill at age 24.

Gaming for the Study 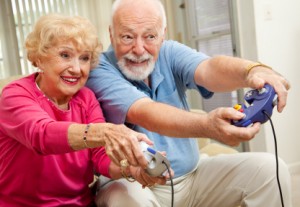 16-44 for a study to look at the connection between age and how quickly people make decisions and go back and forth between different tasks. In order to test this, researchers had all the participants play a video game called StarCraft 2, which mimicked real world situations that test cognitive abilities like concentration, multitasking, and shifting focus between different missions.

In the study, researchers explained that they chose StarCraft 2 because it “progresses in real time, conferring a large advantage to players who can act and make decisions quickly.”

All of the study participants played the game, which recorded every single one of their moves and the speed it took to make them. After the players were finished with the game, researchers pored over all of the data to identify the differences between each person’s game play.

Though most people would expect that the speed of decision making and ability to quickly shift between tasks wouldn’t drop until players were in their 50s or 60s, the study produced surprising results. Instead, the first drop in speed of decision making occurred in players aged 24. Every 15 years after age 24, the speed dropped another 15%. Despite the drop in speed, older players were able to make up for the slower speed with their more extensive experience.

The study was published in PLOS One journal earlier this month. Because our cognitive abilities seem to decline so early, it is imperative that we work to keep our brains as active as possible by stimulating them through activities like exercise and other mind games. Another recent study found that individuals who are fit when they are young are more likely to be mentally sharp as they age, again demonstrating the importance of keeping your mind and body busy in life.

With the prevalence of Alzheimer’s as high as it is, ranking as the 6th leading cause of death in the United States, anything that can help protect your brain from this risk of disease is worth attempting. Read more about how exercise can help grow the brain here.