Diabetes May Cause the Brain to Shrink

The link between diabetes and dementia has been documented before, but a new study sheds light on why the two may be connected. Diabetes may cause the brain to shrink, according to research from a group of prominent radiologists.

Memory issues and other cognitive problems in diabetics were once thought to be the result of blood clots in the brain, but this theory is being overshadowed by a new one of great interest to researchers. The recent study found that individuals with diabetes might experience cognitive problems not because of blood clots, but because cells in their brain are actually dying, causing their brain to shrink.

The study was published in the online journal Radiology and was conducted by a number of eminent radiology experts, led by Dr. R. Nick Bryan, chair and professor emeritus at the Department of Radiology at the University of Pennsylvania. The researchers analyzed brain scans of more than 600 patients aged 55 and older with type 2 diabetes. They found that the individuals who had lived the longest with diabetes had the smallest brain volumes.

“Diabetes may be a risk factor for things like Alzheimer’s disease,” says Bryan. ” We didn’t prove that, but we suggest that.”

Why Does it Shrink?

Scientists are still working to understand why cells are dying 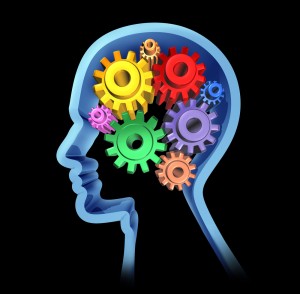 in the brains of those with diabetes, but irregular glucose metabolization is the most likely answer. Glucose is fuel for the brain and if a brain receives too much or too little at a time, brain cells can die.

The brain of a diabetic “metabolizes glucose and oxygen differently than people who don’t have diabetes,” says Bryan, because the possibility of free radical production exists. Free radicals are destructive to the body and are often attributed as the original cause of many different diseases within the body, like cancer and heart disease.

An unrelated study conducted recently found that older individuals who spent time walking regularly can help prevent brain shrinkage, which becomes more common as you age, and may actually help increase the size of the brain. The control patients who didn’t participate in walks experienced brain shrinkage. Because a shrinking brain is a risk factor for Alzheimer’s, engaging in regular physical activity and eating the right foods is paramount to helping slow or halt the effect of diabetes on the brain.

Fortunately, reversing type 2 diabetes is possible through healthy habits like exercise and a nutritious diet, so these effects aren’t guaranteed to last forever, even if you are diagnosed with the disease. By putting effort into your daily decisions, like what to eat or how to spend your time after work, you can actually reverse this disease and help lower your risk of developing dementia in the future.

Cutting back on refined carbohydrate consumption and intake of fatty foods is a huge step in the right direction towards improving your diet and beginning to reverse your diabetes. Read more steps that can help you improve your health and manage or even reverse your diabetes, protecting your brain from free radicals and lowering your risk of dementia in the future.