Exercising the Body Works the Mind, Too

The thought of Alzheimer’s or another type of dementia is frightening to nearly every one. Those who have seen family members or loved ones live through a dementia diagnosis often look to ramp up prevention methods.

Crossword puzzles and Sudoku are two of the most common tools people use to stimulate their brain in an attempt to ward off dementia. A new study suggests that if you are concerned about keeping your brain sharp, your time may be better invested in physical exercise.

While brain training and mental exercises have been shown to help improve cognitive health and curb memory loss, it seems that exercise might have more substantial effects.

At the Society for Neuroscience meeting this week in California, researchers presented results of a study that found physical activity can slow memory loss, prevent physical brain problems like Parkinson’s, and even reduce depression. 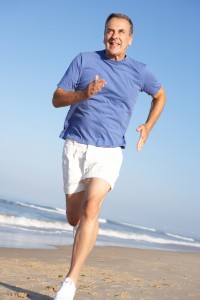 that exercise has on the mind and body. The rats were shown to have improved memory and increased mobility after regular intervals on the treadmill. The people who participated in the study included a dozen individuals who had been diagnosed with major depressive disorder. Following 12 weeks of regular exercise, 10 of the individuals were no longer considered depressed.

Researchers credit these benefits to the amount of work that the brain must engage in during exercise. “I think people underestimate how much the brain is involved in physical activity,” said Robin Callister, of the University of Newcastle.

A much larger study conducted in Italy in 2007 also found long term mental benefits of exercise. The study involved less intense physical activity like walking, climbing stairs, yard work, and gardening. The top one-third of participants who exerted the most energy walking were 27 percent less likely to develop vascular dementia than those people in the bottom one-third of the group, according to the results.

You don’t need to complete an intense, sweat filled workout in order for your brain to reap the benefits of exercise. Regular walking, swimming, and bike riding are all great ways to add more physical activity that isn’t too strenuous.

The Alzheimer’s Association lists physical exercise on their website as a prevention tool, stating, “Regular physical exercise may be a beneficial strategy to lower the risk of Alzheimer’s and vascular dementia… Because of the known cardiovascular benefits, a medically approved exercise program is a valuable part of any overall wellness plan.”

There are other ways to reduce your risk of dementia and memory loss, like good nutrition and an active social life. Alzheimer’s and dementia affect more than 5 million Americans at present time. Read more about brain training research and the threat of Alzheimer’s in the state of Texas.