Falling in line with the CDC’s recommendation to get a flu shot annually, new research from the United Kingdom says that the shot can actually decrease the risk of stroke by 24% during flu season. 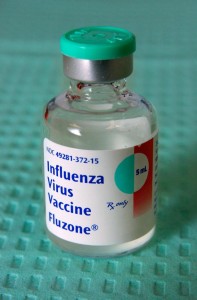 Researchers at the University of Lincoln and University of Nottingham reviewed more than 47,000 patient records from 2001 to 2009. They compared cases of stroke and matched them up against control groups to determine what effect, if any, vaccination had on incidence.

After analyzing the thousands of records, they found a “highly significant association” between flu vaccination and lowered stroke risk of about 24%. The association was strongest in those patients who opted for the shot at the beginning of flu season, rather than waiting until the middle or end.

The Center for Disease Control recommends that anyone above the age of 6 months old receive the flu shot every year to help protect against the risk of the flu virus. There are some side effects to be aware of that can occur with reception of the flu shot, including the most common side effect of swelling, itching, and soreness near the injection spot.

A fever and aches are other side effects that are associated with the flu shot, though, so the CDC cautions people to be sure to keep tabs on any side effects and report them to your doctor if they last longer than a day or two.

Most flu shots also contain a small amount of egg, so those with an egg allergy should be especially cautious of any severe allergic reactions when given the flu shot.

The researchers didn’t look into the cause of this association and why it exists, but they acknowledged that more research on the subject is needed. The findings were published in Vaccine in January. Researchers involved in this analysis have also found a correlation between the flu shot and a reduced risk of heart attacks.