Thomas J. McInerney, the President and CEO of Genworth Financial, spoke recently about the current status and future of the Long Term Care Insurance industry.

McInerney presented at the annual Intercompany Long Term Care Insurance conference (ILTCI) in Orlando, Florida on March 18th. He discussed the challenges carriers are facing at the moment and his thoughts on the best way to move the market in a positive direction at such a crucial turning point in the industry. Though his presentation isn’t available to view, Genworth posted a copy of his notes for the event, from which you can get a good idea of everything he covered.

As he has been saying for the past several months, McInerney repeated his assertion that a new business model and regulatory framework are “needed for a robust private market for Long Term Care Insurance”. Because long term care risk is so difficult to predict and price, a new approach is necessary to help manage policies and benefits in a long term manner, rather than the way it has been handled up until now, which consisted of massive rate increases that are few and far between. 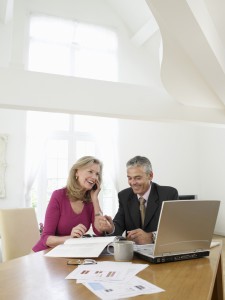 Insurance has no place in the scheme of long term care, calling those beliefs “misguided”.  Allowing the private Long Term Care Insurance market to fizzle and fade will leave Americans with the options of trying to save enough cash assets to cover the actual cost of care or turning to the government, ie the taxpayers, to foot the bill for long term care. He emphasized his point again, saying that advising for an exclusively taxpayer funded solution is “irresponsible”, especially given the massive entitlement liabilities that exist.

Without a private Long Term Care Insurance market, people will have to prepare for the storm by either trying to save hundreds of thousands of dollars for care alone or simply depleting all of their assets to receive care from the government. Neither of this options are ideal and rather than leave the market as is, which will likely lead to an end of the industry, Genworth and McInerney want to change methods to help all involved.

The most notable components of a private Long Term Care Insurance market that McInerney sees as necessary are as follows:

–       Recognition that predicting interest rates, lapse rates, morbidity, and mortality is next to impossible, so policies should be re-rated whenever necessary to reflect real risk

–       Not punishing insurance companies because every company got the predictions wrong

–       Have these rate increases approved by state regulators within 6 months

These changes, he believes, will help stabilize the market and ensure that the few remaining companies still in the industry won’t exit due to unpredictable regulation and a lack of certainty. As he notes, only 7.4 million Americans currently have Long Term Care Insurance. There is a serious need to expand the market by encouraging awareness and education about the issue of long term care to better help consumers adequately plan for their futures.

To read more about the risk of long term care, click here. At LTC Tree, we believe shopping for Long Term Care Insurance is an important process that shouldn’t be rushed by a sales meeting, so we send our quotes in the mail for our clients to look over on their own time, without any pressure to buy. If you are interested in learning how much Long Term Care Insurance would cost you, please fill out this form and we will shop the market for you and send you a free quote comparison of the top carriers and policies.