Early diagnosis of Alzheimer’s and other forms of dementia is crucial to the success of the treatment process and researchers have developed a new way to help detect the disease at home.

An early diagnosis of Alzheimer’s can help individuals begin treatment earlier, thus catching the disease in the outset and hopefully slowing its progress over time. Waiting months or years after symptoms appear to discuss them with a doctor or seek treatment can be extraordinarily detrimental and cause you to miss out on opportunities to help stave off the disease and reduce the severity of those symptoms. Researchers at Ohio State University developed a test to help catch signs of the mental disease early on to encourage preemptive intervention.

The Self-Administered Gerocognitive Exam, or the SAGE Test, 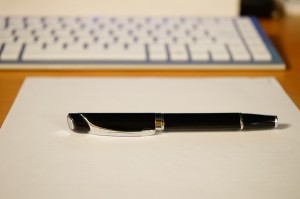 was created by researchers at the university’s Wexner Medical Center to help individuals with the disease begin to take control as early as possible in hopes of preventing the disease from progressing rapidly. The exam is simple to take, involves just 12 questions, and can be taken at home, which is the main selling point of the test.

Many individuals don’t want to immediately go to a doctor at the slightest sign of cognitive problems, so instead they wait until the signs are serious. By then, it may be too late to effectively stall progression. The SAGE Test provides people with the ability to test themselves at home and find out whether or not they should look into further testing, though creators of the SAGE Test do encourage patients to consult their doctor after taking the exam so they can score and interpret the results.

The SAGE Test takes just a few minutes to take – on average between 10 and 15 minutes. There are four interchangeable forms and it is only necessary to take one of them. Each form consists of four pages of exam that requires nothing more than a pen and a piece of paper.

The results of the SAGE Test don’t provide an actual diagnosis, but can indicate whether or not the need for further testing exists. If you feel that you are experiencing cognitive problems that are more than the usual signs of aging like simple forgetfulness and minor memory problems, you may benefit from taking the SAGE Test. Early signs of cognitive dysfunction include trouble with certain words, forgetting recently learned information, confusion as to the time or date, getting lost in familiar places, or impaired judgment.

Alzheimer’s disease is currently the 6th leading cause of death in the United States and more than 5 million Americans are currently living with the disease. As we continue to live longer, our chances of cognitive problems increase. Tests like the SAGE Test provide new ways to help detect the disease early so people can begin utilizing treatment methods that have proven helpful in research such as regular exercise, engaging with other people, singing and reading, and other activities that stimulate the brain.

Read more about recent research on Alzheimer’s disease in the United States and different ways to help reduce your risk of developing the disease.