Investor optimism is rising and it’s mainly owed to the improved outlook of retirees, according to a new survey.

The Wells Fargo/Gallup Investor and Retirement Optimism Index found that investor optimism rose 12 points in the first quarter of 2014, up to +37 in February from +25 in November 2013. The big jump is thanks to growing positivity among retirees who are feeling more confident about the future of their retirement income.

The index survey included interviews of 1,011 investors between the dates of February 6 and February 16 this year. For this survey, people considered investors are adults in households with an investment or retirement account that holds more than $10,000. 72% of those surveyed were non-retired and the other 28% were retirees. Just over half, 52%, have a household annual income of less than $90,000. Another 40% have an annual income of more than $90,000.

Retired investors have the most improved outlook and had the 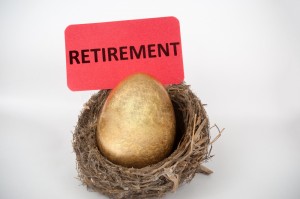 Retirees are much more positive about their ability to “maintain or increase” their current income level over the next year. They are also more optimistic about the stock market. Their changing perspective surprised surveyors but could be a good sign for the future of retirement.

“It is both interesting and encouraging to see that retirees are more optimistic,” said Joe Ready, director of Wells Fargo Institutional Retirement and Trust. “Dating back to May of 2012, retirees have responded to this poll every quarter with much more pessimism about their situation than have the non-retired — this is a real shift, and most likely correlates to the combination of a stronger stock market and the prospect of higher interest rates in the future.”

When looking at retirement account balances among all investors, 40% say their retirement outlook is “no different”. 36%, though, say they are “a lot more” or a “little more confident” about the future of retirement when considering their account balance.

According to the survey, 2 in 5 American households have at least $10,000 in savings and investments. The Wells Fargo/Gallup survey looked at attitudes surrounding investing, retirement, and accounts like 401(ks) and IRAs. To read the full press release, click here.