A recent study released by AP portrays a staggering lack of preparedness by Americans age 40 and up in the case of Long Term Care Insurance options. 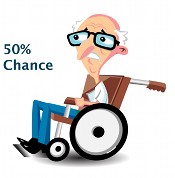 Despite clear evidence that the majority of people will require Long Term Care, 3 out of 10 people surveyed admitted they would rather not think about getting older, let alone think about their need for Long Term Care. While it is disturbing to see people in such denial, the more alarming numbers come from different answers.

Denial or Lack of Information?

Two-thirds of people surveyed said they had done “little to no planning” for Long Term Care. While this may be due to denial, the survey also shows that many people think they are covered when they are not.

Only 1/3 of those surveyed have set aside money for future Long Term Care and only 27% are confident they will have enough financial resources when the time comes. In a nutshell: Americans aren’t prepared to pay for their Long Term Care. This lack of preparation often ends in financial assets being exhausted on Long Term Care services and with costs at upwards of $80,000/year for a private room in a nursing home, that money will disappear quickly.

Relying on the Government

In addition, the Affordable Care Act, signed into law by Obama in 2010, includes cuts to both Medicaid and Medicare. These cuts have health care owners turning away from government subsidized facilities like nursing homes and turning towards private assisted living facilities.

If Medicare and Medicaid aren’t to be relied on, then what is? Long Term Care Insurance can provide you with security for your senior years and peace of mind knowing your assets won’t be depleted paying for those services. 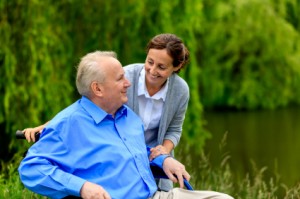 Read more about who should buy Long Term Care Insurance and why here.