Long term care planning is an important component of preparing for retirement and despite the market concerns about the industry, the company emphasized their belief in the “tremendous opportunity for long term care solutions” in their latest product announcement.

Transamerica is now giving quotes and taking applications for the product, which includes a number of changes from Trans Care II, including a 3 year rate guarantee, an expanded elimination period, and an increased daily benefit. Gender-based pricing also took effect in the new policy, which has affected rates for various applicant types.

Single men who chose the same 5% compound inflation protection also saw an increase, but at a much lower rate of about 15%. On the other hand, men who opted for the 3% compound inflation rider actually saw a decrease in their premiums, an average drop of 6%.

Couples, who under the new product terms, receive an increased discount of up to 30%, saw an average rate increase of 15% when compared to Trans Care II premiums. 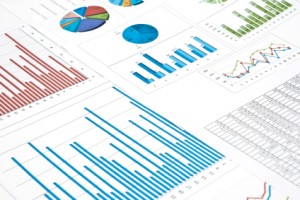 Like the life insurance industry, which charges men pay more because they have shorter life expectancies, the long term care insurance industry has updated their underwriting standards to align with the realities of claims. After years of gathering claims data, they have realized that women account for more than 65% of all long term care claims. In response, they raised women’s rates to reflect the higher risk.

The major long term care insurance companies are in the process of implementing gender-based pricing, including Genworth and John Hancock who have already rolled out policies in most states. Although rates are increasing, the policies still hold a tremendous value for those who have assets to protect. The cost of long term care can often be devastating to one’s retirement nest egg, and protecting against the risk of needing care is a financial move that more Americans are beginning to consider.

The time to buy long term care insurance is when you are young and healthy, in order to secure the best rates. People who wait until their 60s often find that they are uninsurable or their rates are significantly higher than they would have paid had they applied in their 40s or 50s.  Working with an independent agent is crucial to getting a policy from a top rated company like Transamerica, who is one of the main players in the industry.

If you are interested in learning more about the different policies, call us today at 1-800-800-6139 or request a quote online.