Insurers Are Increasingly Saying “No Thanks” To Buyers

What Long Term Care Insurance Used To Be Like 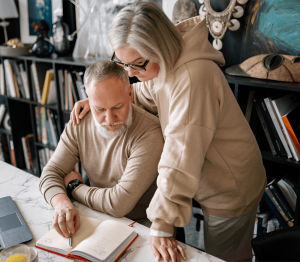 It was spring of 1999 and I was a rookie Long Term Care Insurance agent for one of the major companies. I worked for an aggressive agency in Atlanta that really pushed hard to get marginal cases approved. That spring, I was hungry for a sale as I’d spent the first six months working for free, called the “pre-agent” process. This was a time where you were not paid unless you made a sale and would weed out the non-serious agents. I really needed to get my first sale.

I had a conversation with a 57-year-old lady who lived south of Atlanta about coming out to visit her and discuss the Long-Term Care Insurance topic. She lived about an hour away, so we were trained to pre-screen the prospects for health, so we did not waste time going to people who were uninsurable.

The call started with the basic health questions like height/weight, medications and quickly found that she was a bit heavier than the advised range. I asked about her mobility, and she said it was okay, but she did use a “rascal scooter” when she went to the grocery store. I reluctantly set the appointment and knew I needed to run this by my sales manager. We called the home office and spoke to their senior underwriter and told them of the scooter. To our surprise they said to send the application.

I made the sale to that lady; she was approved several weeks later and was my first claim I processed just two years later.

This kind of loose underwriting was common back in the 90’s and early 2000’s, when interest rates were high, and companies could invest in t-bills and get triple what they get today. Now earnings for insurance companies are down and it’s tighter than in the past. That along with the fact they approved people they otherwise should not have has led to higher rates on Long Term Care Insurance and much stricter underwriting in today’s market.

What Do The Numbers Tell Us?

There was a study done back in 2010 that went over the denial rates amongst certain age groups. Our company, LTC Tree, is the leader in buying Long Term Care Insurance “virtually” and online. Since we are the biggest and have the most real-life data we decided to see if underwriting standards have changed in the past five years. We knew from experience that the LTCI industry’s underwriters have gotten stricter. They now charge women more than men, the height/weight ratios are stricter, conditions such as controlled bipolar disease are a no go, and diabetic clients have almost certainly declined these days.

We looked at our database of almost 20,000 cases and wanted to see what has happened to denial rates since 2010. The results were shocking: 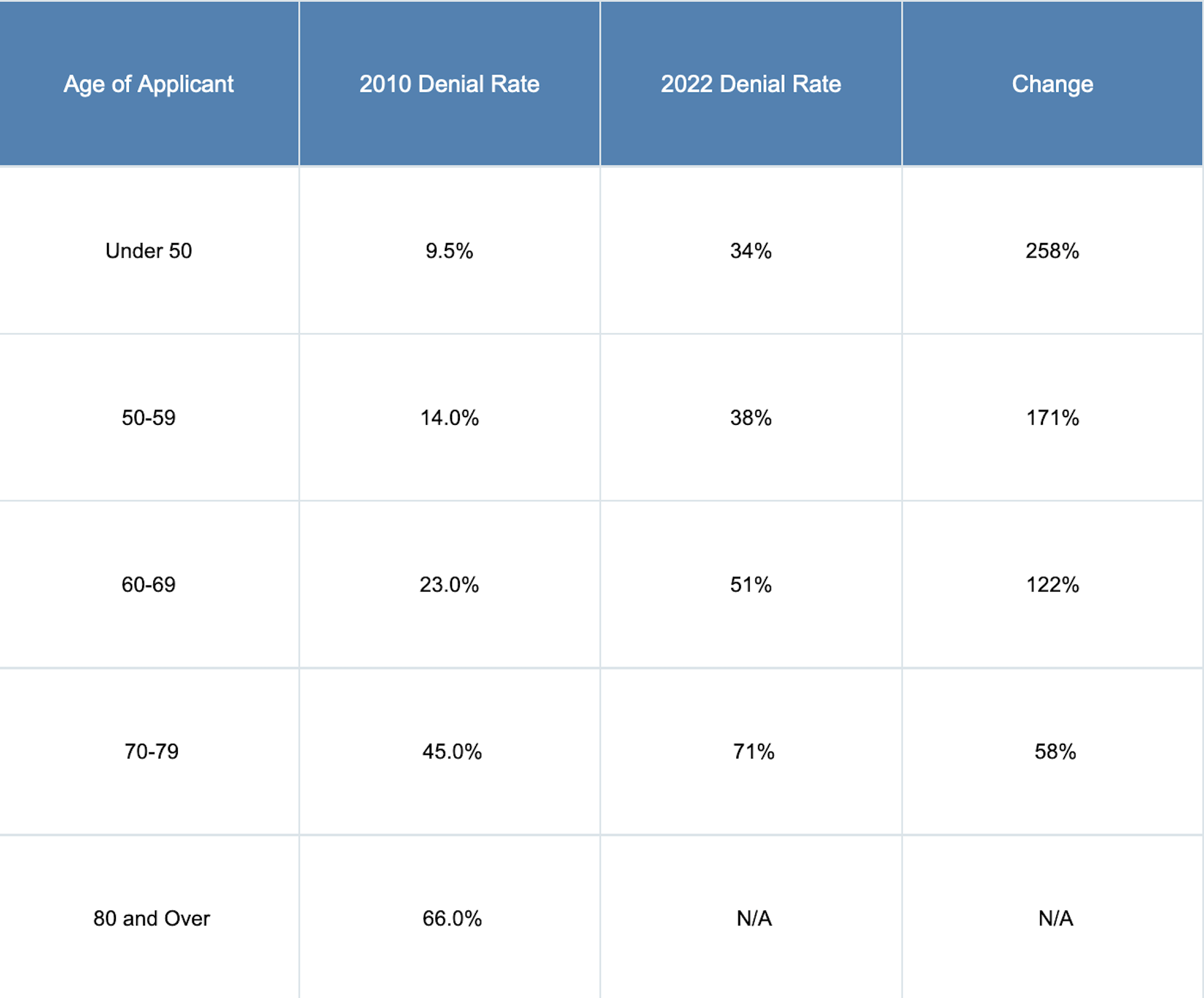 As you see in the data across the board underwriting is denying everyone at higher rates and people in their 60’s getting declines about 51% of the time! What was most shocking is how much tighter the companies have gotten for people in their 50’s. Just 12 years ago if you were in your 50’s you were approved 85% of the time. Now, it’s just 62% of the time for a whopping 171% change.

This data is critical to know because the main “financial gurus” out there are giving boilerplate advice to people saying you don’t need to buy this before age 60. That advice has expired and needs to be re-thought because that 60-year-old may very well no longer be insurable if they wait to buy long term care insurance until then.

We at LTC Tree advise people that as soon as you have extra cash to pay the premiums and you are 45 or older, buy Long Term Care Insurance. You will save money in the long run because you will be paying such a low rate vs. when you are older, and you are more likely to be approved the younger you are as you can see in the above chart.