Why You Won’t Regret That Run

Worried you don’t have time for a run? Stop worrying, go exercise! A recent study found that exercise holds the ability to reduce anxiety by calming certain nerve cells in the brain. 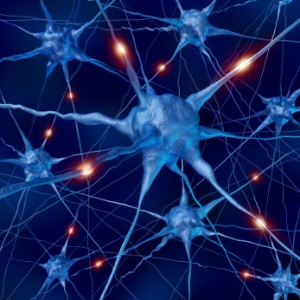 Researchers at Princeton University recently dug deeper into a phenomenon that many scientists have been struggling to explain for years. Until now, scientists have been unable to develop an explanation for a natural paradox that occurs within our brain. Exercise creates young neurons that are considered “excitable”, meaning they are fired off in the brain, causing heightened mental acuity. On the flip side, exercise also manages to calm these excitable little cells, washing away any fear or anxiety that may have arisen from the young neurons’ activity.

Determined to discover the cause of this seemingly contradictory system, Princeton researchers conducted a study using adult mice who were injected with brain cell markers. The markers allowed the researchers to track the activity of the neurons and better understand the processes that exercise induces in the rats’ brains. For six weeks, there were two distinct groups of rats: the runners, who were allowed to run on a wheel as they pleased, and the inactive mice, who sat quietly in their cages.

The Result of No Exercise

After the initial “training”, researchers tested their baseline nervousness by providing both groups of mice with a cage that had both lit, open areas and dark, shadowy corners. The runners, scientists observed, were more likely to explore the open areas, while the inactive mice remained in the shadowy corners. This apparent disparity in behavior indicated that the runners were more confident and less anxious due to their previous physical activity.

When researchers checked the brain markers, they found that both groups of mice had created new, excitable neurons, although the runners had more than the inactive group. The runners had something the inactive mice didn’t, though: within the ventral region of the hippocampus, the area of the brain responsible for memory and emotion. Within the runners brains, researchers identified a neurotransmitter called GABA that had recently been created in large quantity. GABA inhibits brain activity and calms the excitable neurons, which explains the runner mice’s higher confidence levels when placed in an open cage.

One more scenario was needed, however, to truly uncover the root cause of this brain activity.

In order to compare anxiety in both groups of mice, researchers placed them in cold water, a situation that causes stress and high anxiety for mice. Again, in both groups, the young, excitable neurons fired at high frequency, but only initially. After just a few minutes, those in the runner mice were calmed by the subsequent firing of GABA. While the runner mice calmed down after an initial sense of anxiety, the inactive mice continued to experience stress and anxiety due to their lack of GABA in the hippocampus. 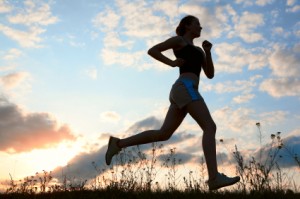 Gould, a neuroscientist and professor of psychology at Princeton, has been studying neurogenesis in the hippocampus since the 1990s and was one of the earliest investigators of the creation of neurons. Her research in the Gould lab at Princeton focuses largely on the relationship between stress and the inhibition of adult neurogenesis.

Although the results don’t necessarily translate perfectly to a human brain, Gould noted that a multitude of previous studies “show that physical exercise reduces anxiety in humans,” giving weight to the theory that this creation of excitable cells and GABA neurotransmitters may indeed happen in human brains, too.

“I think it’s not a huge stretch,” she concludes, “to suggest that the hippocampi of active people might be less susceptible to certain undesirable aspects of stress than those of sedentary people.”

Exercise has been proven to reduce anxiety and stress in humans. Healthy habits like regular exercise and maintaining good nutrition have been proven to reduce your risk of developing a long term condition such as heart disease, obesity, or depression. At LTC Tree, we help people plan for the potential risk of becoming physically or psychologically ill and needing expensive long term care services, such as in-home health aid, assisted living facility, or even a nursing home.

These services can cost upwards of $80,000 annually and if you have a significant amount of assets, say $100,000 or more, you run the risk of depleting all of these assets while paying for care. Long Term Care Insurance is an important investment that safeguards your good health and assets. Once you buy a policy, it is important to still focus on maintaining your health. As with any insurance, you want to protect against the risk but you never actually want to make a claim. A regular exercise routine is one great way to contribute to your overall good health and wellness.